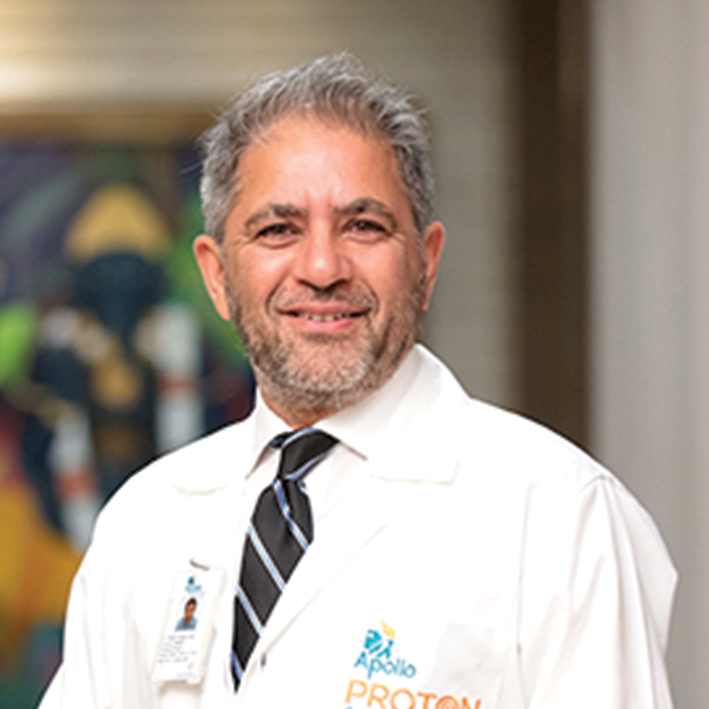 Rakesh
Jalali
Medical Director
Apollo Proton Cancer Centre
Dr. Rakesh Jalali is a senior Radiation Oncologist who specializes in Neuro-Oncology with almost two decades of experience in the field. He is currently practicing at Apollo Proton Cancer Centre in Chennai. He did his MBBS from Govt. Medical College, Jammu and he did his MD in Radiotherapy and Oncology from the Postgraduate Institute of Medical Education and Research (PGIMER), Chandigarh where he was awarded "MERIT OF FIRST ORDER".

The Neuro Oncology group at TMH was developed by Dr. Jalali. It is hailed as the finest such unit in India and recognized throughout the world.
Instrumental in establishing the Indian Society of Neuro-Oncology (ISNO) in 2008. He served as its founding general secretary, then its President and now chairing its senior advisory council.
A much sought-after speaker, he is widely regarded for his teaching and providing expert guidance to various national and international scientific meetings and professional societies.
Famed for his commitment to charity and promoting equitable cancer care for patient populations in the developing world, he founded the ‘Brain Tumour Foundation of India’, an internationally recognized charity organization dedicated to the welfare of the patients with brain tumours and their families.